It’s time for a quiz!

Yes, you all love quizzes, so take a look at the following pictures of some crosses. They were all taken in the ctity of Cuenca, Ecuador. 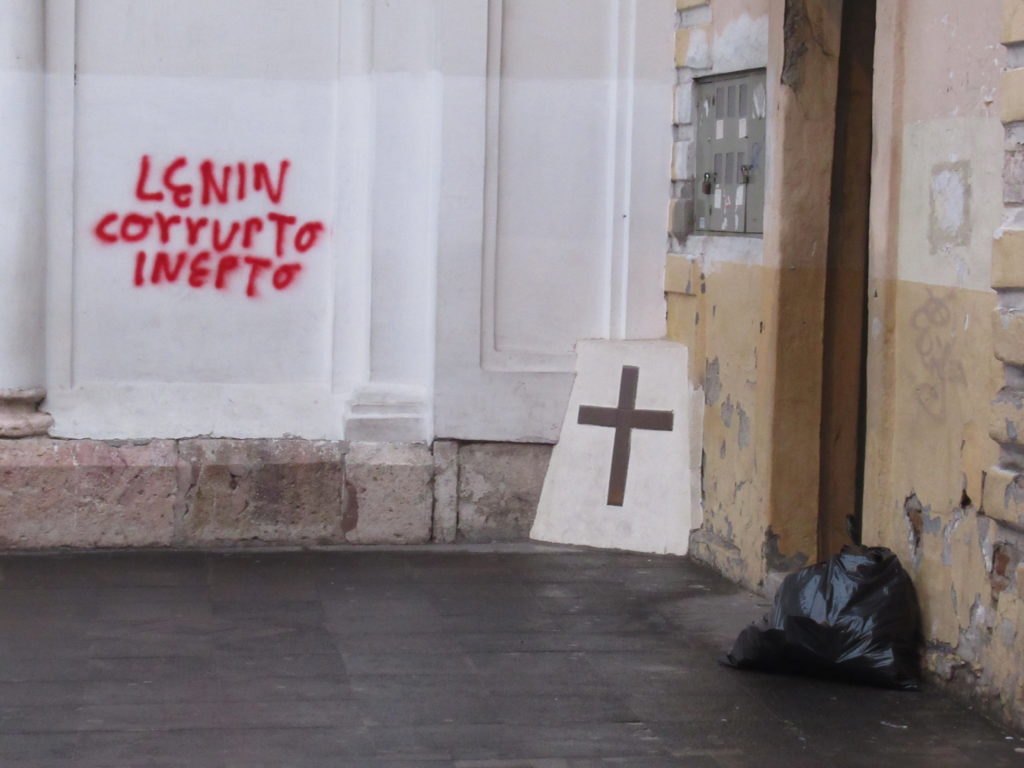 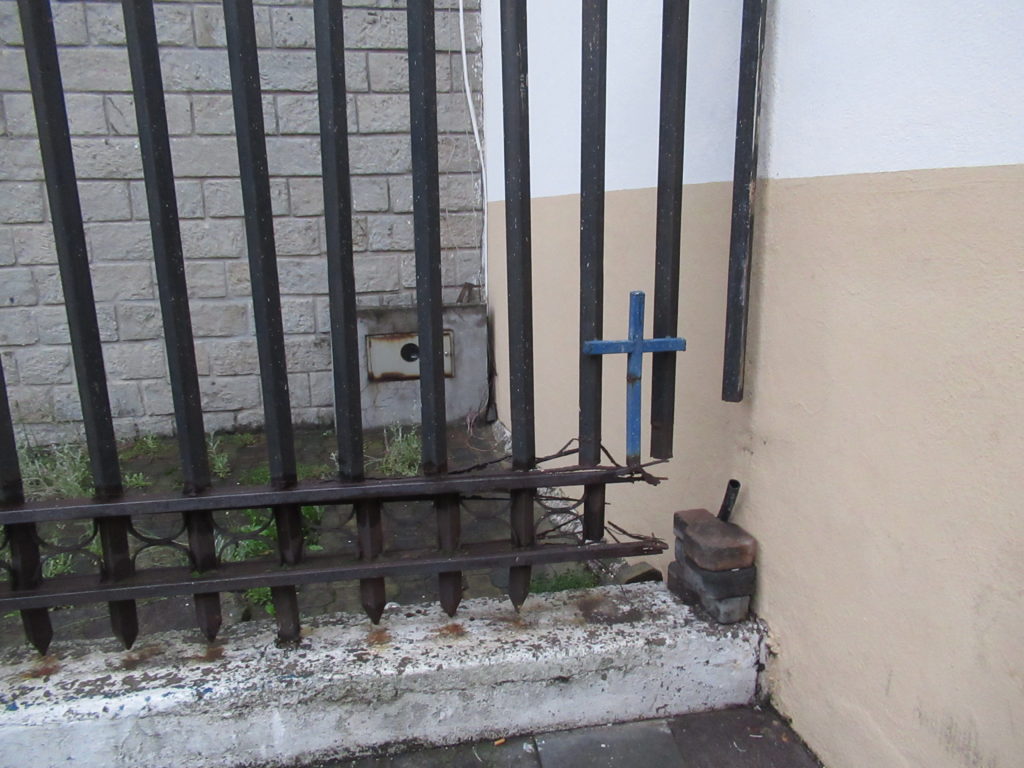 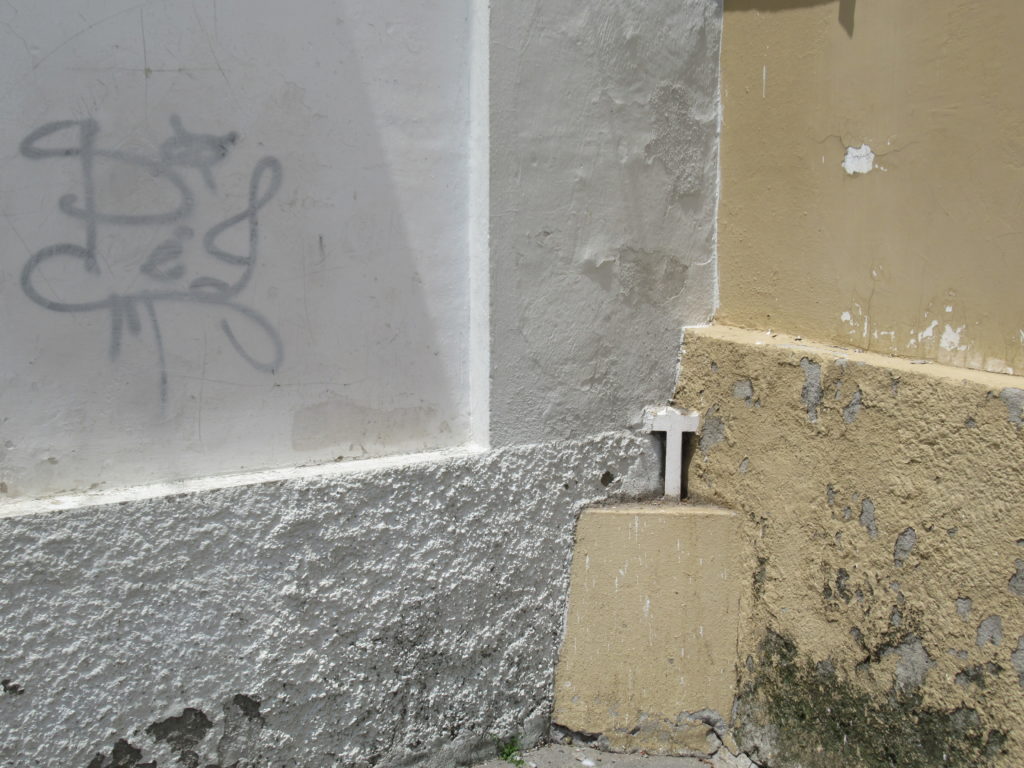 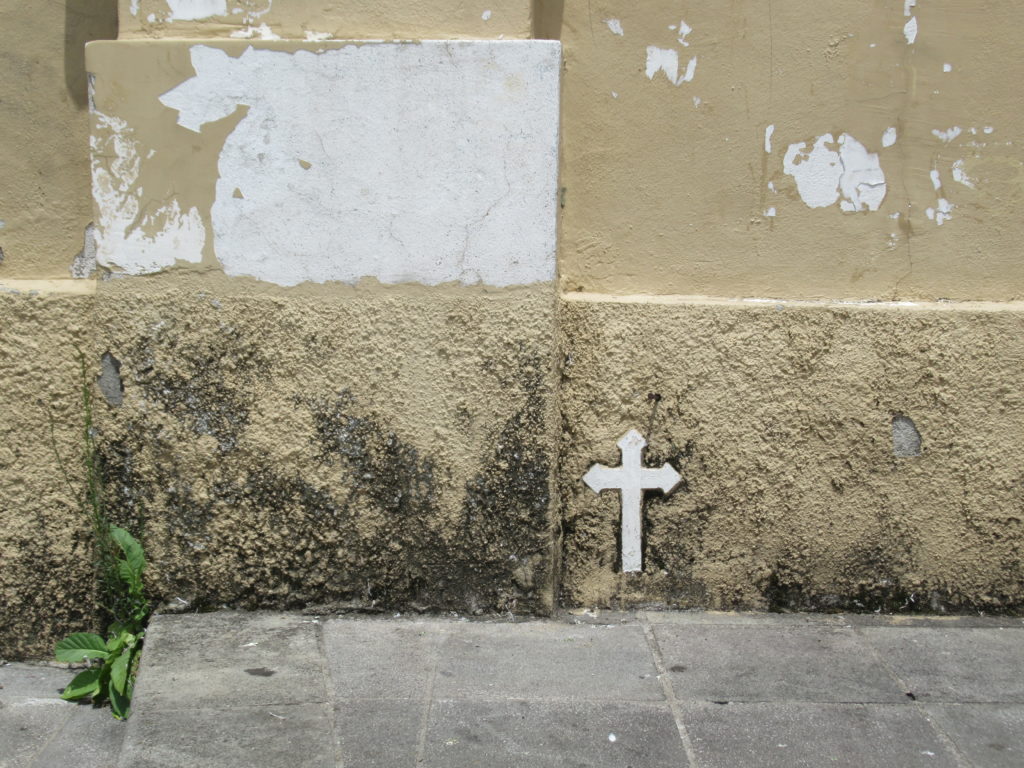 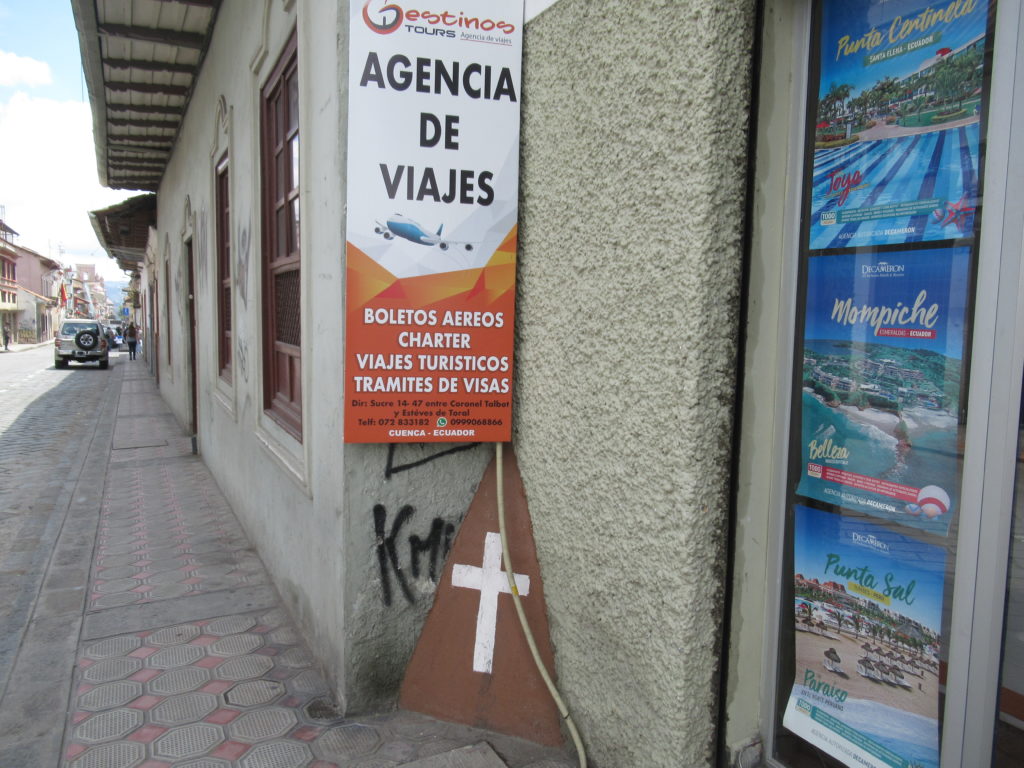 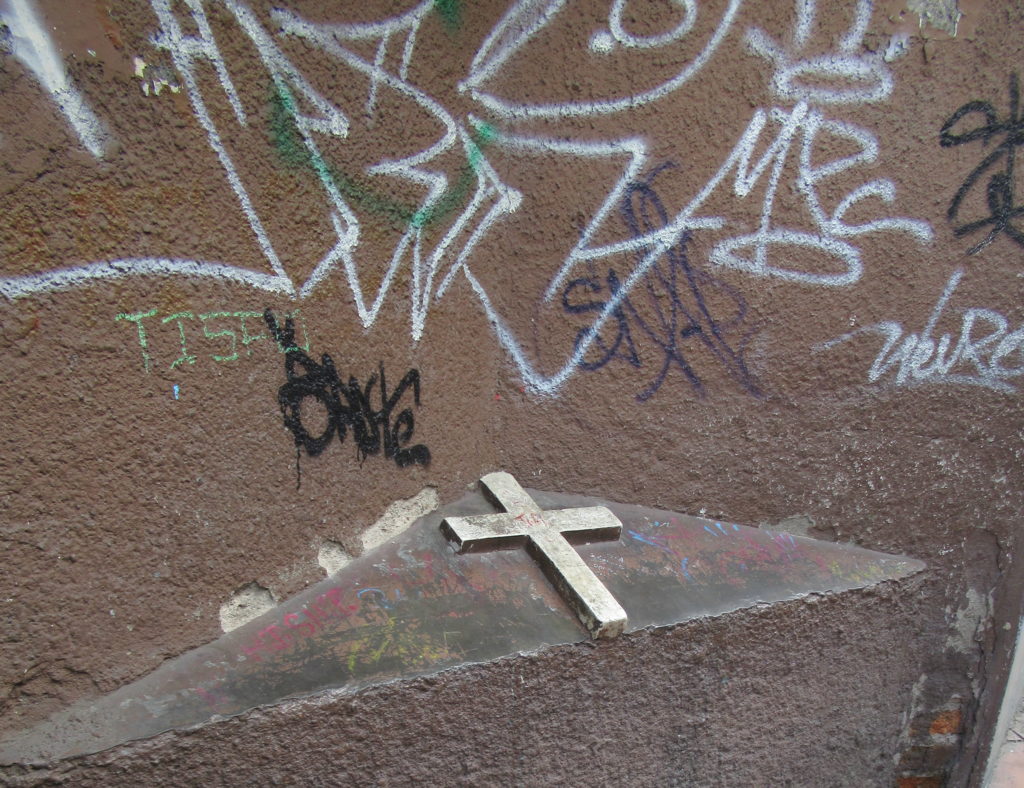 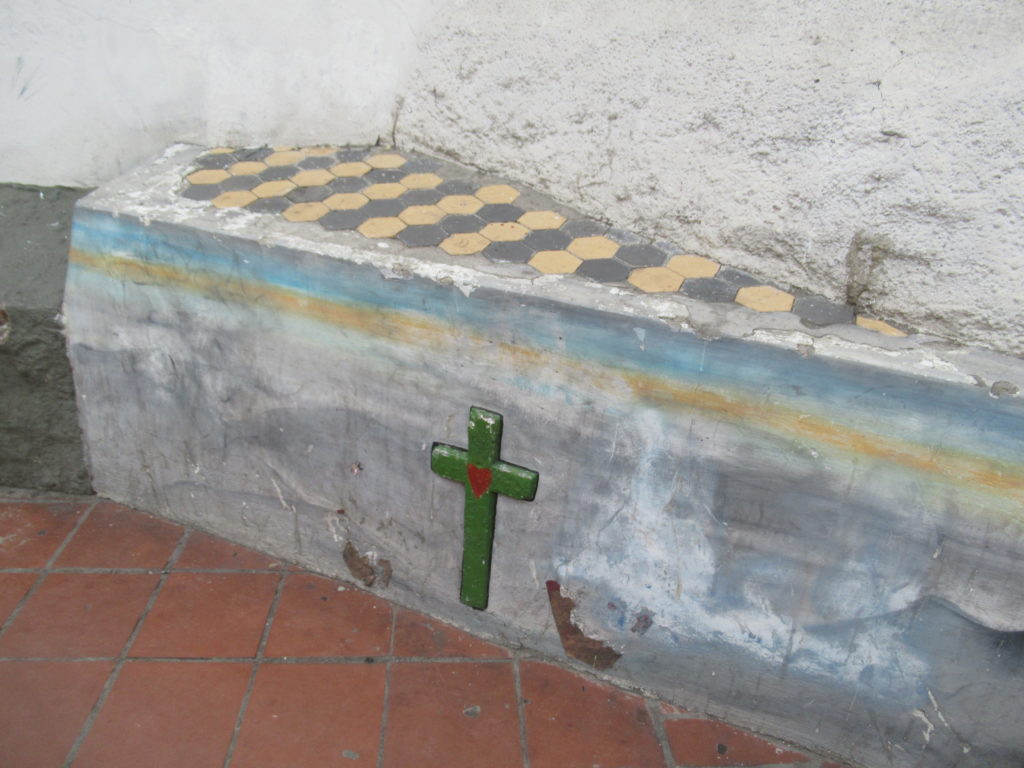 Did you enjoy that? It’s part of my new art installation called ‘The crosses of Cuenca’.

Anyway, the question is…. What are these crosses there for??

A) They mark the sites where churches used to be that were destroyed by earthquakes.
B) They mark places in the city where people have been killed.
C) They mark the locations that were blessed by the Pope on his last visit to Cuenca
D) They are there to ward away evil spirits from areas that are supposedly haunted.

What do you think?

Well… actually it’s a TRICK question…. the answer is NONE of those at all. The real answer is even more surprising…..

They are there to stop people urinating in the street.

I kid you not, and the principle behind it, is not that as soon as you urinate on a cross you get struck down by a bolt of lightning from God. No, the idea is that even people who think it’s OK to pee on buildings in public areas, draw the line at peeing on a cross. So they have put these crosses in areas that have a public urination problem – and apparently people just don’t like peeing on crosses.

The big flaw that I can see in this plan, is that there are hardly any public toilets in Cuenca – so surely the offending person will just walk around the corner and pee on a building without a cross on it? Who knows…